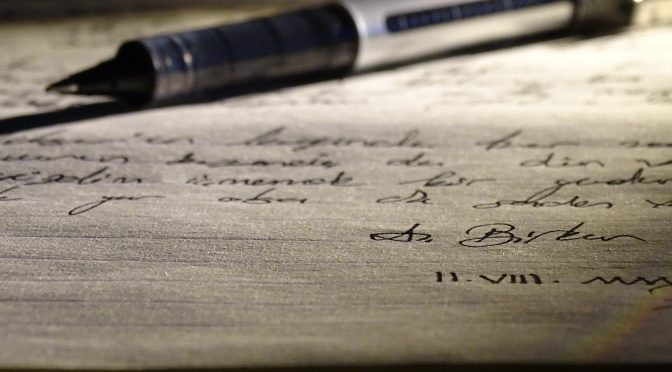 It has been an exciting scholarship judging season at CIMSEC! We were lucky to have a slew of essay submissions and a great panel of judges for our Commodore John Barry Maritime Security Scholarship Contest. Alas, we had to narrow down our choices…

We are exceptionally proud to have had such a geographically diverse pool of submissions. The commitment to and knowledge of the great maritime issues among our nation’s high schoolers is strong, and bodes well for both the United States and the world in the future.

We invite all authors—of any age or grade level—to submit their best content on maritime security issues to CIMSEC. We look forward to reading!

CIMSEC is proud to bring back our annual COMMODORE JOHN BARRY Maritime Security Scholarship Contest! This is your chance to write about maritime issues and earn money for college.

Here are the details:

-Topic: In 1,500 words or less, give your best answer to the following question:

“Why does the United States of America need a strong Navy?”

-Applicants must be current high school students enrolled in the United States or U.S. territories. Submissions should include proof of student status (copy of student ID or transcript) along with the entrant’s full name and address.

-Judging: Submissions will be judged by a panel of experts from CIMSEC and the broader maritime community. The best essays will be those that combine critical thought, originality, and relevance to the topic.

-Notification: All entrants will receive a confirmation reply upon submission of their essay, within 24-48 hours (if you do not receive notification within that time, please contact the VP on Facebook or Twitter). All entrants will be notified of the results from our judges on or about 15 May 2017.

-Publication: With the consent of the authors, CIMSEC will publish the three winning essays, as well as any honorable mentions, in late May or early June 2017.

-Fine print: By sending your submission to vp@cimsec.org, you are certifying that your essay is original and has not appeared in any form in any other venue. CIMSEC retains full ownership of your essay until winners are announced; at that time, ownership of essays that are not selected as winners will revert automatically to their authors.

Editor’s Note: This essay contest has since concluded, read the winning submissions here. 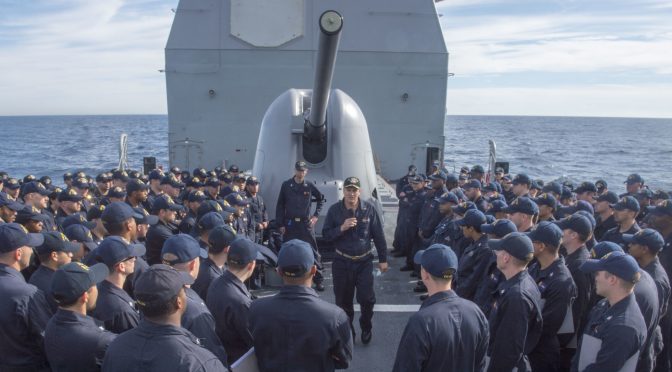 Twelve score years later, America and her Navy endure; yet not without frequent doubt as to her necessity or controversy about her integrity. Indeed, if we were to write a letter similar to Jones’ today, we might say, “…without Respectable Leadership, Alas Our Navy!”

Yet, when it comes to leadership development, few topics have engendered more buzzwords or grandiose programs and policies. The latest foray in this genre is CNO Richardson’s recently published “Navy Leader Development Framework,” which outlines “how the U.S. Navy will develop leaders that demonstrate both operational excellence and strong character at every level of seniority.” It is worth a read and thoughtful consideration.

However, leadership development cannot merely be a top-down exercise. Those who would be leaders must seize the initiative, engage in thorough self-study and honest self-awareness, and boldly balance authenticity with a never-ending quest for personal growth.

To that end, CIMSEC announces our first “Leadership Development” Topic Week. We want to read what you have to write on the future of leadership development, and what it means to become a leader in the maritime services.

When we think of the concept of leadership, we too often tend to narrow our stories to those told by officers. Unfortunately, this myopic view ignores where most of the leadership is exercised: at the enlisted, civilian, and even Congressional and retiree levels. Therefore, we welcome and encourage submissions from the widest possible audience.

We look forward to your submissions and continuing the ongoing discussion on how to develop the next great generation of maritime leaders. 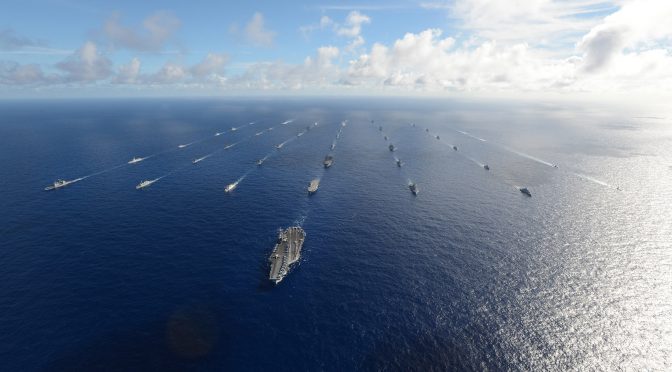 At CIMSEC, we are committed to the great maritime discussions. We believe that the best way to protect the seas is to enlist more young men and women to write and debate. The maritime dialogue that you see on our pages is written by committed men and women around the world, and has had an impact everywhere from small ships in the South China Sea to wood-paneled conference rooms in the Pentagon and other maritime nations.

In our increasingly global world, the issue of maritime security becomes more important each day. More than 80 percent of global trade travels by sea, rising powers are still attempting to exert their interests on the water, and legislative bodies and armed forces around the world are debating what their future fleets will be capable of.

In order to keep these debates lively and strong for the future, we are launching our annual CIMSEC Outreach drive on Kickstarter. This winter, we will be announcing the topic for our annual CIMSEC High School Scholarship, to be awarded in May 2017. This scholarship will be presented to one rising or graduating high school senior in the United States on a topic pertinent to maritime security.

Your contribution will help us bring our great maritime debates to as wide an audience as possible. It is in all of our best interests to encourage a thoroughly naval education for the next generation of maritime leaders.

This year, our Kickstarter goal is a modest $750. Your contributions are entirely tax deductible. As you consider how to make a lasting impact on our world, I hope you will donate what you can to strengthening our maritime dialogue, and bringing more young men and women into the debate.

Thank you, and write on!

Roger Misso is the Vice President of CIMSEC. He is a naval officer and student at the Harvard Kennedy School of Government.