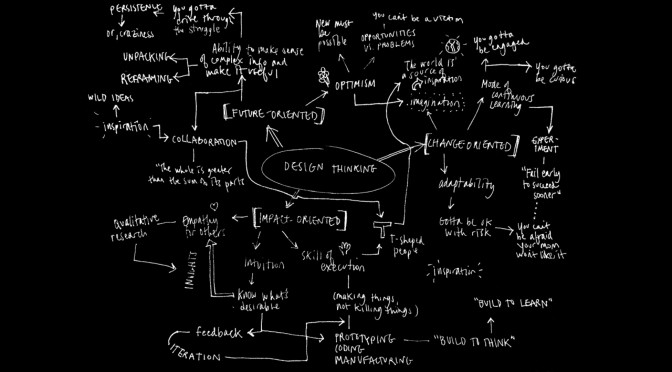 On January 28th, the Athena Project and the U.S. Navy’s Space and Naval Warfare (SPAWAR) Systems Command Pacific (SSC PAC) [ed. Who doesn’t love nested acronyms?] will host the first-ever athenaTHINK event.  The day will include a design-thinking workshop to encourage collaboration between Sailors and scientists and teach structured brainstorming tools.  Open to all Sailors, you can sign up here. Over at our Athena Project site, Dr. Benjamin Migliori, a Navy researcher at SSC PAC, has more on the event:

Last year, we hosted warfighters from the USS Benfold at SSC PAC to foster better innovation, more inspired projects, and a better interface between Sailors and Scientists.  [Thursday], we’ll be doing that again.  Our purpose is to give warfighters and technologists a chance to work together in a design-thinking framework, and to open up the possibility of meaningful collaboration.

We’ll be giving Sailors an opportunity to see some of the bleeding edge work that we do here at SSC PAC, and giving the scientists a chance to hear real concerns from actual warfighters, rather than simply reading about them in briefs and training manuals.  We’ll be introducing the ideas of design-thinking for military applications, and showing that the civilian entrepreneurs don’t get to have all the fun.  We’ll be competing for a best project award – which could turn into much more and be the seed for a new initiative.

The Athena Project is an innovation-fueled initiative focused on providing a platform for Sailors to connect their great ideas with the scientists, engineers and academics that can help turn their visions into reality. Founded aboard USS BENFOLD (DDG 65) in early 2013, The Athena Project has hosted six Waterfront events in the San Diego area, as well as events in the Hampton Roads area and the Pacific Northwest. The basic premise is simple: Idea generation.  Sailors take a day off from their traditional duties to develop ideas to make the Navy or their command better – to scratch the creative itch and make solutions to their everyday challenges. 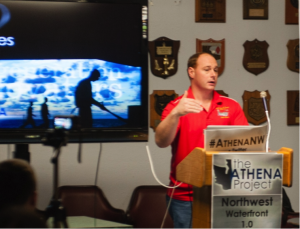 On pitch day, Sailors are given have five minutes to present their concepts to an audience of their peers as well as innovation leaders in industry, government and academia. Following each presentation and question-and-answer session, the crowd votes on projects based on idea quality, actionability and presentation. At the end, the Admiral Sims Award for Intellectual Courage is presented to the highest score and the winner is granted command backing for a small functional team to develop their idea over the next quarter.  Previous winners have ranged anywhere from high-tech creative systems to low-tech solutions to common problems to innovative programs to make the Navy better.

The environment is casual and open, and sometimes takes the feeling of Shark Tank-meets-TED Talks, focused on building the creative confidence of the Fleet’s leaders of tomorrow. The vision of the project has always been to build a generation of Sailors that think differently, solve problems in unique ways and have the intellectual courage to stand up and do something about it.

As for the next pitch event, Waterfront Athena Seven? Well, that’ll be coming to a venue in San Diego in Late February. If you’re interested in presenting your big idea, connect with The Athena Project on Facebook or Twitter (@AthenaNavy) or just send an e-mail to athenanavy@gmail.com. If you’re interested in bringing an Athena Project event to your area, connect with the team! 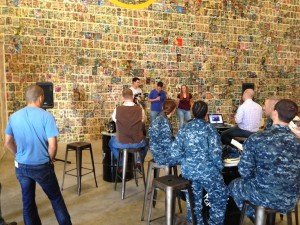