Drones are a rapidly expanding market in the international arms trade. Intelligence, surveillance, and reconnaissance (ISR) is crucial for operating in the modern battlespace and drones are the best way to get that information by maximizing loiter and removing risk to a pilot. Demand is high and supply is low; only a few countries produce the class of drones that are most in demand. This would seem a perfect market for the United States to sell its wares and dominate the exchange but it is currently hamstrung by policies which discourage their export. The hesitation to export the technology, while done for good reasons like maintaining United States’ technological advantage and protecting a powerful capability from exploitation by foreign agents, is misguided; without the powerful network of communications satellites and Global Information Grid (GIG), the drones themselves are little more than complex model airplanes with good cameras. The United States’ efforts are akin to closing Pandora’s Box because of imagined evils without recognizing the good that remains left trapped inside.
Exporting drones is a good thing for the United States. First, it promulgates a capability we want our allies and partners to possess. For years, British and Italian MQ-9 Reapers have patrolled the skies over Afghanistan, bringing the twin benefit of additional ISR to the battlefield and eliminating the need for American assets to cover those units. In addition, the British have armed MQ-9s that provide additional strike assets to coalition operations. The United States only stands to gain by exporting more of these assets.
Dominating the supply of drones brings the United States leverage it would not otherwise have. Just as with other aviation assets, drones need a steady stream of supplies to be viable. If the country that operates those assets uses them for purposes that are against the United States’ interests, the United States can then press forward with sanctions and cut off supply of crucial parts needed to keep the assets operational. In a world fraught with fault lines and shifting loyalties, leverage matters.
There are a couple arguments in favor of restricting drone exports. The first is wishful thinking. The argument holds that by restricting the sale of to foreign clients, we will deny them drone capabilities, particularly their ability to conduct strike missions. The problem is that Pandora’s Box is already open. Even though there are few suppliers of in the field right now, there are many others that are about to enter the market. A joint European consortium, led by France, is developing the nEUROn. Britain is developing the Taranis. China is aggressively marketing the ASN-209 at international airshows. Chris Rawley highlighted Singapore’s entry into the market in his recent article (https://cimsec.org/unmanned-systems-distributed-operations-one-many/). Even Turkey is developing the Anka. If there are lots of suppliers, the United States will no longer have its privileged negotiating position and will need to make more available to encourage use of its platforms. This means expanding the list of what is exportable and seriously considering exporting armed assets. 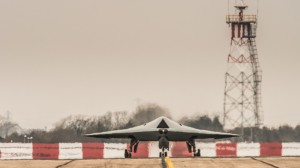 Britain is developing the Taranis, one of many competitors the United States will face in the international drone marketplace (image from BAE Systems)
The other argument against exporting drones is out of fantasy (as Dave Blair elucidates in his excellent article here: https://cimsec.org/remote-aviation-technology-actually-talking/). The argument goes that the United States should not export drones because they are a revolutionary capability that would unfairly strengthen possible adversaries. This, too, falls short. The aircraft themselves are only a small portion of the equation and what makes them great tools of war. The real strength of drones is their ability to conduct global operations which requires the United States’ network of satellite communications to operate in a distributed manner. Without that network, the drones are nothing more than a more capable model airplane that linger longer than a fighter or helicopter.
The story of Pandora’s Box ends with Pandora desperately shutting the lid in a vain attempt to keep bad things from entering the world. Unfortunately for Pandora, it was too late; the damage was done. The only effect that she reaped by keeping the box closed was to leave hope penned inside. While the United States did not unleash the desire for countries to acquire drones, it certainly is achieving the same effect as Pandora by ignoring the world in which it lives. The better course of action is to recognize what drones are truly capable of on their own and embrace an export mindset.
Matthew Merighi is a civilian employee with the United States Air Force’s Office of International Affairs (SAF/IA). His views do not reflect those of the United States Government, Department of Defense, or Air Force. 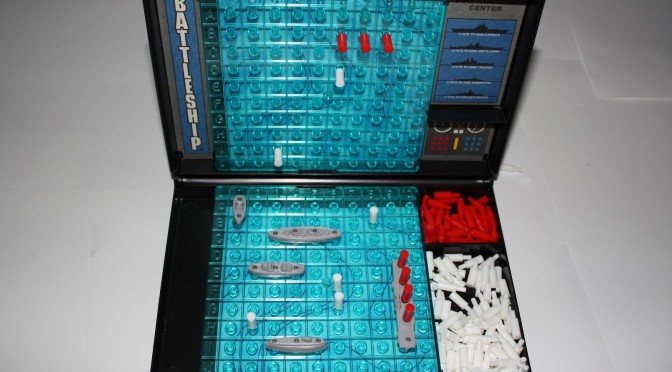