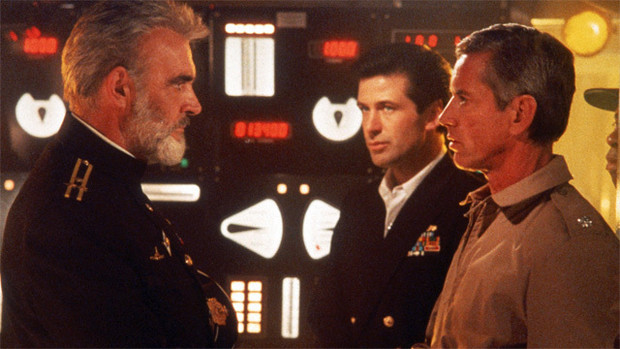 In the military sense, intelligence means something approximating a combination of knowledge and understanding of others – whether they are friends or foe. In the modern risk averse world the temptation has been to rely upon more and more distant observation methodologies; using satellites especially to monitor communications, movement and equipment – prima facie the what, the where and the why of information available.

The trouble is that knowing that an order has been given does not give the why – it does not give the thought process, or even more than a glimmer of the thought process, that has gone into the decisions made leading to that moment. Without such understanding of the decision, judgements are not actually judgements or even estimates, they are guestimates – they are hopes that the enemy repeats the same thought process, the same conclusions, and same actions without having any idea why. This is all ‘Human Intelligence’, and unfortunately not something that can be acquired with a satellite or the snippets of conversation  normally accessible in terms of other nations’ (or really any actors on the world stage) command personnel.

The impact is simple: with increasing costs, budgets being cut, and the consequently shrinking force structures (as well as the roll on effect in presence and response), the armed services are being expected to do more with less. The potential risks of making the wrong decision are multiplied as any losses equate to a larger proportion of total forces. Furthermore, loss does not need to be destruction, but could mean being in the wrong part of the world – as again a man, a tank, a plane, a ship, whatever is considered can only be in one place at any one time. Yes, ships can be moved easily as they are self-contained and self-propelled; aircraft can be moved (if there is logistics/suitable air base/support personnel) – the same goes for men and tanks. The moves are not instantaneous; though it seems that each generation of leaders has to relearn this for themselves.

Many ministers (some of whom had themselves served in WWII or other conflicts[i]) were shocked when they discovered the time it would take to deploy forces from the UK to take part in the 1982 Falklands War; ultimately, it took 47 days from the first ships of the Task Force departing from the UK on April 5th to the San Carlos landing commencing in the Falklands on May 21st[ii]. More recently, HMS Illustrious, which was conducting counter piracy operations in the Indian Ocean at the time, was ordered to provide support for the 2013 Typhoon Haiyan aid mission November 14th; however, after picking up over 500tons of supplies at Singapore, it did not arrive until the 25th of November[iii]. Apart from being a salutary example of the fact that navies do not have peacetime/war time difference in operational tempo, it again shows the realities of time. This makes the requirement for gaining as full an intelligence picture as possible—including both the knowledge and the understanding thereof—a premium; the better the intelligence picture, the lower the likelihood of a country being caught by an unanticipated surprise. This is not to say a nation will not be caught by surprise, but that it will be more prepared for that surprise when it comes. Thus, how can a nation’s understanding be increased to allow for this if the intelligence services cannot be turned into ‘stalkers anonymous’?

This solution largely depends upon the service and their national requirements; for navies, it becomes about presence, the concomitant diplomacy of port visits, and the training/interaction opportunities that occur. These roles build relationships between practitioners; yet if people do the same the job and fulfill the same role (even when using different equipment, and representing different nations), then they are usually half way to understanding the other anyway. Whilst it does work both ways—giving understanding to the other nation/actor as well as gaining it for their own—it still provides a better overall position and a level of understanding than that which no interactions provides. But as a proposed measure for improvement, how can it be implemented?

For the navies of nations which are local or even regional powers, this naturally represents less of a challenge (and less of a strain on limited resources), since the operations can, for the most part, be supported from home ports, and could utilise shorter range vessels such as patrol boats[i]. However, for the navies of nations with national interests of a range that require a broader interaction—a global approach—it becomes more difficult. The emphasis such navies often experience, on building first rate, top of the line vessels for all roles, means their ships are often too expensive for them to build in the numbers that would be required for a proper presence[v].

This presents a problem for those navies and in a way it requires both a greater acceptance of the role of services in ‘peacetime’[vi] from leadership (supported by navies finding a way to highlight this more, perhaps by being less reticent about what they do, perhaps by borrowing some of the showmanship exhibited by other government organisations to demonstrate why they matter); it also needs those navies to look at building ships for which in warfighting terms would be described as ‘Task Group vessels’. Ships which could never be a picket, either for anti-submarine or air defence, but which can provide extra security for auxiliaries, aircraft carriers and amphibious ships. Ships which will have small crews, but good range and very good wining & dining facilities. Ships which will probably carry a small helicopter, some drones, boats and marines[vii] in order to maximise their presence wherever they are. They would not need to be big, but they would need to be flexible. Most of all they would need to be cheap, not cost effective, cheap; they must cost not a lot to build (so everything should come off the shelf) and not a lot to run.

For example the solution for the RN is quite easy to see:

Going into such detail makes this example sound bigger than it reality is[x], but this goes to demonstrate how capable and how complex even a cheaper ship would have to be fulfill its role as a presence/task group ship; the fact is though that if everything was bought ‘off-the-shelf’ rather than developed fresh, then the costs would drop dramatically. This would happen because it’s the research which costs the money (especially as unit numbers have fallen at the same time as complexity increased, accelerating cost-per-unit growth), not the hardware. Such ships though would not be an easy sell, as their role would not be to replace anything, but to support it[xi]; therefore the case would need to be made well as, whilst not much (in the context of what services they would provide), new money would have to be found.

For navies that succeeded in making the case, in securing some more of their national budgets and then acquiring them then these vessels would be of huge benefit. In Peacetime they would be the vital global presence[xii], they would provide a much needed supplement to the first rate ships of the escort force (as well as the modern Capital Ships, the Aircraft Carriers and Amphibious Ships) as representatives of their nations and its national interests around the world. They would act in peacetime, as escorts always have, as their nations diplomats of the sea, police of the maritime highways, eyes and ears of the homeland in distant quarters[xiii]; whilst in war time they would again take a supporting role that would free up the more capable ships for pickets, providing the inner layers of defence to help protect those vessels upon which their nations primary capability projection rests.

As an intelligence paper, this paper should conclude with a focus on exactly that: intelligence matters because, when properly conducted, it will make leaders’ decisions easier and safer. The best way to increase understanding is to improve the level of interaction so as to allow those expected to make the decisions to learn it first-hand. For navies, this means cranking up the presence abroad, which will necessitate increasing the ‘presence’ at home to secure the funding necessary – something which will be even more crucial for those navies which serve nations with extensive global interests, as they will need to acquire the resources to build these vessels in the numbers necessary without compromising on crucial existing projects; a very tricky task in the modern world.

Dr. Alexander Clarke is our friend from the Phoenix Think Tank and host of the East-Atlantic edition of Sea Control. He recently received the rest of the paperwork necessary to put a well-deserved “Dr” at the beginning of his name.

[iv] The other factor to be increased alongside visits will be the quantity of reports; i.e. all Officers, NCOs and even some ratings should provide write ups of their experience that could be provided to the intelligence/command communities – they may have nothing useful, but it’s the overall picture that the information helps to create which will be of service; the more details gathered the greater the understanding that should be gained.

[viii] http://en.wikipedia.org/wiki/StanFlex (06/07/2014) – on the face of it a system with a lot to offer that has been around a long time, if it had been developed and used by a larger navy then more than likely more nations would be using it.

[x] Possibly have gone into too much detail for what this work is supposed to be, but it seemed necessary to help illustrate the point.

[xi] Although arguably they could be said to be taking on what was traditionally a significant part of the peace-time cruiser role http://www.britishnavalhistory.com/sverdlov_class_rn_response/ (06/07/2014)